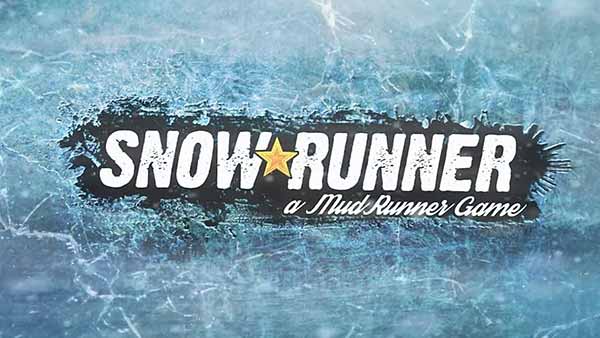 Focus Home Interactive has a fresh batch of entertaining, creative games lining up for fiscal year of 2019, most of which standoff as one of the industry’s largest publishers’ relatively safe and rather consistent production.

The pending update to their trucking simulator hit MudRunner called SnowRunner was officially made public by them in collaboration with Saber Interactive. Recently at Gamescom 2019, the upcoming title received a launch trailer revealing the intense and rough snowy terrain that we’ll be experiencing inside the game.

SnowRunner is especially designed to provide much better visual effects and more precise procreation of physics compared to the series’ first episode. As revealed in the video trailer at Gamescom 2019, the title includes more than 15 new accessible maps full of mud, snowdrifts and countless hills and barriers to the mountains, some of which may be up to four times larger than the original ones from the predecessor.

The vehicle list with heavy-duty machines from manufacturing companies like Pacific, Navistar and much more is also big this time around. Players would be able to choose between a diverse range of powerful hardware to deal with the vicious, new landscape. You will also be able to customize and adjust the vehicles to address different scenarios as well as environmental damage.

SnowRunner features solo gameplay. But for gamers who like to engage with mates in the simulation of transportation of goods from one to the other in the game, the multiplayer mode is there as well. The game is announced to support as many as possible four players in their multiplayer mode.

The producers of the SnowRunner have already announced to release the game on Epic Game Store for the PC release. And we saw the reactions from PC gaming community on YouTube comments as the trailer was released, many of which were complaining about mods compatibility. In an official post from production company on the game’s website, they announced that the SnowRunner mods will be compatible inside the game.

Key features of SnowRunner include:

“We can already confirm that, as you would expect, SnowRunner will feature mod support on PC at launch. We owe so much to our mod fanbase and their endless creativity, and we can’t wait to see what they will create with our new and improved tools! We’ll share more details about this topic in the coming months.”

SnowRunner will be available on PC (Epic Games Store), PlayStation 4 and Xbox One in 2020. The final date has not yet been picked.