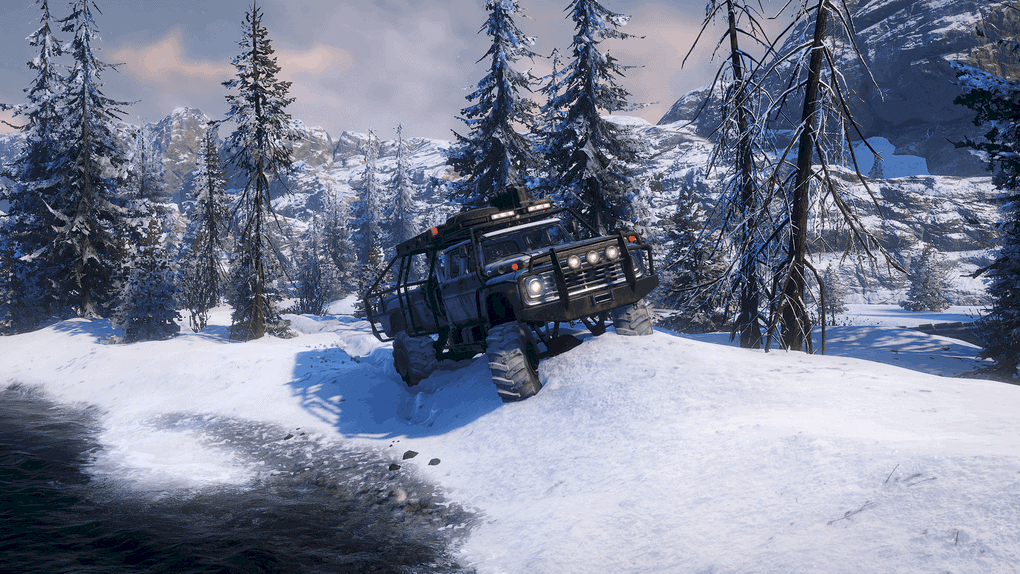 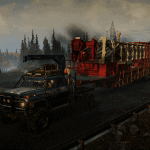 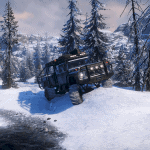 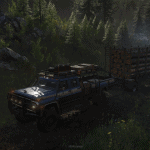 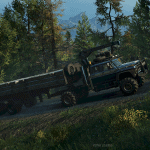 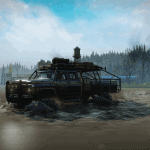 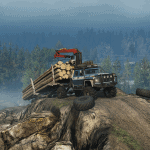 The base Ford F-750 is an underwhelming, disappointingly incapable truck. This mod changes that in just about every way. Buckle up buttercup, this one’s wild.

Perhaps you’ve never heard of them, but the mad mechanics at Hoke Customs have taken a stock Ford F-750 and turned its potential up to 9000. Before anything else, the running gear specialists got to work on making the truck compatible with some incredible tyres; up to 49 inch superheavy mud tyres. When paired with the Hoke Customs 7.4L Super Stroke ‘Super-450’ engine, bespoke dual 80-gallon fuel tanks, handmade in-house gearbox, and one of four new custom suspension sets, this monster of an F-750 can do almost anything and go almost anywhere its centre of gravity and air intake will let it. Known in some circles as the ‘fleet killer’, this truck can do the work of all but the heaviest, biggest trucks. Not sure which truck can do the job? Take this one, its a safe pick.

It is said by some that there is no point in adding a high-saddle to the F-750 as it cannot haul high-saddle trailers. I happen to disagree. In fact, I know that to be false. My mod is the first F-750 on mod.io to feature a high-saddle frame add on, and I have used this mod to haul both the Alaskan coil heavy trailer and the Michigan generator/transformer heavy trailer, both with stock engine and tyre friction values. On asphalt and non-muddy dirt the truck has no problem at all, and if you’re careful and plan your route wisely with ground clearance and winch points in mind, mud shouldn’t be much of an issue either. It may be silly, but hauling heavy trailers is possible with this truck, and as such I am the first to include a high-saddle frame addon with the mod to let you, the end user, choose how you use your F-750. Haul away!

NOTE: This truck has been tested for use with the Realism Overhaul V2 mod, and therefore also with the Heavy Haul mod. The “Hoke Customs” engine and “HC” tyres included with the mod make this truck comfortably capable of hauling 4-slot trailers with Heavy Haul installed. For a more vanilla experience without Heavy Haul, avoid those two parts.

Changes
Changed engine sounds to sound more “diesel-y”, with some sort of vague turbo sound, using the Navistar sounds (I hope to get some customs sounds later, but still unsure)
Removed exploration unlock requirement and region requirement
Slightly increased range of some winches
Added some mass to make truck a little more stable and drive a bit better
Moved some frame add-ons probably
Handbrake applied to both axles
US minicrane replaced with Russian minicrane (its a bit more compact when folded)
Increased fuel capacity to 606L
Slightly increased steering responsiveness and speed

Additions
New frame add-ons: high and low saddle, log carrier front, log crane, metal detector, Bandit Crane*
Specialty ‘HC’ parts from Hoke Customs: 7.4L Super Stroke engine, HC gearbox, four tuned HC suspensions, HC offline winch, HC tyres for heavy loads. Some of these require fairly high player level to keep things balanced. Let me know if you all don’t like that and I will lower the level reqs
2500 kg weighted ‘Hunter’ bumper for heavy hauling purposes
Many base game tyres have been made available for use, friction levels are unmodified from base

Aside from some minor tweaks, everything not listed above is identical to vanilla. All vanilla parts are available for use and for now, this mod is not a physics overhaul.

This is my first mod, so if anything is broken, out of place, not working quite right, etc., please let me know so I can fix it in a timely manner. Suggestions are also welcome, but please know that my intention with this truck is to give a fairly vanilla/realistic experience with a sprinkling of fun.
I put a lot of time and passion into this truck, I hope you enjoy!

If you have any custom assets, especially diesel engine sounds with a prominent and well-implemented turbo sound and are willing and wanting to let me use said assets, please speak up. Due credit will be given near the top of the mod description.

The base truck files do not belong to me, but any changes made to the files are my own, and may not be used without my express and explicit permission. You may change the .xml files all you want as that is how I got into mod making, but under no circumstances may you upload the files from this truck anywhere, modified or not, except under the circumstance stated in the previous sentence. If you want to include this mod in a mod of your own (i.e. truck packs or as a map truck), don’t be afraid to ask, but permission is not guaranteed.

Future Plans
High gear-count heavy highway gearbox (WIP, still concept)
Medium Log Bunk (will look into, might look silly, but if its possible, then I’ll add it)
Vrawler suspension (not sure of its usefulness, will need lots of testing)
Increased fuel and repair values for racks and truck beds (WIP)