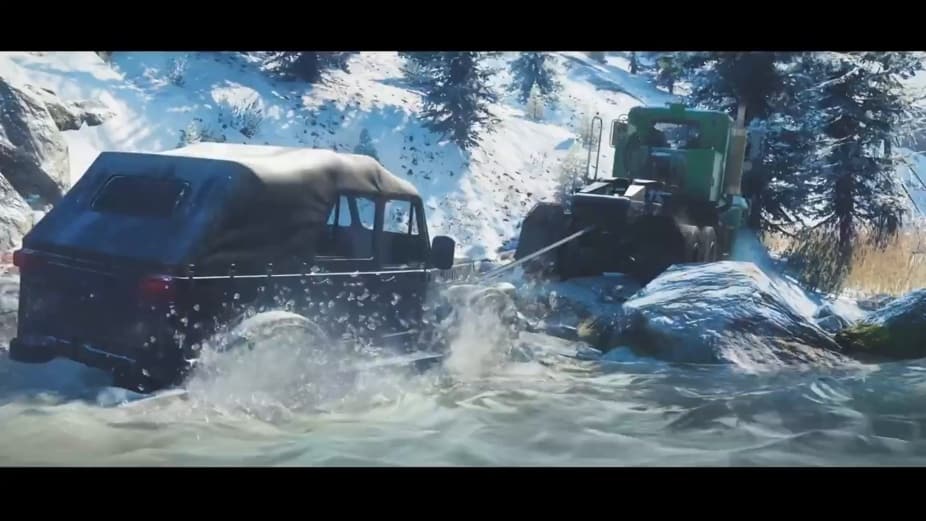 Have any of you ever wished to skid off-road in a tractor-trailer, rolling down piles of snow or smash into trees and watch your cargo tumble into the ices? Well, you’ve pretty much wished for SnowRunner; an upcoming game in the series MudRunner, destined to be released in 2020.

Just a year ago, Saber Interactive and Focus Home Interactive revealed MudRunner 2, a continuation of the famous Spintires off-road truck simulator. The very first details of development said, among other things, there would be new forms of terrain surfaces such as ice or snow.

But with the release of a Gamescom 2019 announcement trailer, especially with the game title, things took a twist. Throughout the game, the terrains turned out to be so inspired that the developers decided to turn title of MudRunner 2 to SnowRunner. A game that has everything MudRunner has, but on its own snowy surface.

In particular, SnowRunner is designed to provide far better visual effects and more accurate physics procreation compared to the first episode of the series. As revealed in the video trailer, the title includes over 15 new accessible maps full of mud, snowdrifts and countless mountain hills and barriers, some of which may be up to four times larger than the predecessor’s original ones.

Also this time around is the vehicle list with heavy-duty machines from manufacturing companies such as Pacific, Navistar and much more. Players could choose from a variety of powerful hardware to handle the vicious, new landscape. Imagine the graphics of SnowRunner on PlayStation 4!

You can also customize and adjust the vehicles to address various scenarios as well as damage to the environment. In addition to that, SnowRunner features solo and multiplayer options for gamers to have fun with.