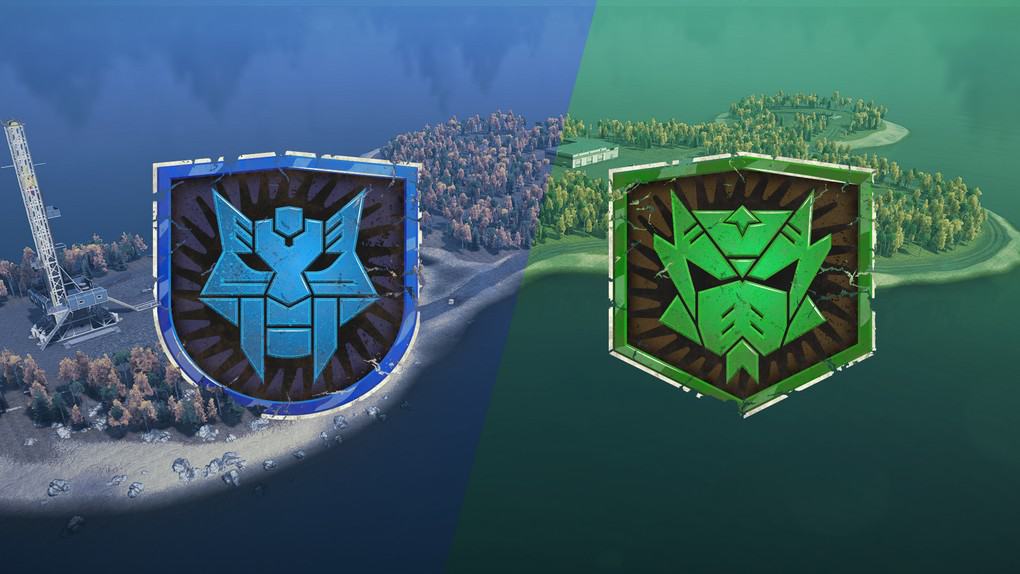 This is prototype for PvP mode between two teams – King of the Hill – based on cut concept made by Saber during development of SnowRunner. In this mode two 2-player teams compete with each other on their way of utilizing cargo to build Oil Rigs across more-or-less mirrored map. Purpose of this prototype is to see if that kind of gameplay really fits SnowRunner and if there’s a need for more content like that if the reception will be positive.

Gather your 3 other friends, choose one responsible person who’ll be hosting the server and who’ll read the rules.
– To play, all players should form two teams (Blue and Green) consitest of two players each.
– Each player creates new game on custom scenario with that map, loads it up, retains their only truck and leaves back to menu.
– The player who is the host, runs a server on their saved game, other players join the host from their custom scenario saves.
– Every player waits for other to join, no truck buying or upgrading is happening while the players wait.
– Both teams should have their own communication channels (like Discord) to keep strategies within their own team.
– Once all players have connected, the host may announce the start of the competition and let the players join their respective communication channels.
– If the contracts are not active by default, the host must active them all before the competition begins.
– Each player should start tracking their team’s objective from map menu (where you do keep contracts).
– From now on all the players can sell their current truck (or keep it), buy other trucks, upgrade them and start doing objective with their co-partner.
– For the sake of this prototype, all DLC vehicles are banned from store, if you have any DLC vehicles from Collectable DLCs (e.g. Chevy Apache, Western Star 49X, KRS Bandit), do not use them!
– For better and clearer recognision, players should pain their truck in respective colors to their teams – Blue and Green – and additionally use exterior stickers – Team Saber and Team Tanto.
– During the game:
-players can still buy/sell/upgrade new trucks and own multiple vehicles if their budget allows that
-players should not enter vehicles owned by the opposite team (unless the rules are decide by them differently), they should be free to enter the vehicles of the other person in their team
-cargo and trailers are not allowed to be deleted
-Win objective requires players to use crane to manually unload the cargo in order to finish deliveries (building bridges can be only done by auto unloading)
-There are two bridges on the map to build, these are not fraction related buildings and can be freely build by both teams
-The garage in the center of the map is shared between both teams.
– To win, the team must fully build two stages of Oil Rig, first of the teams to build their own Rig – wins.

If you have any question regarding the rules or the prototype at all, make sure to message me in the comments.
Much appreciation for any types of videos and recordings from at least one person playing, yet the more players do record (especially from opposite teams) the better, thanks!