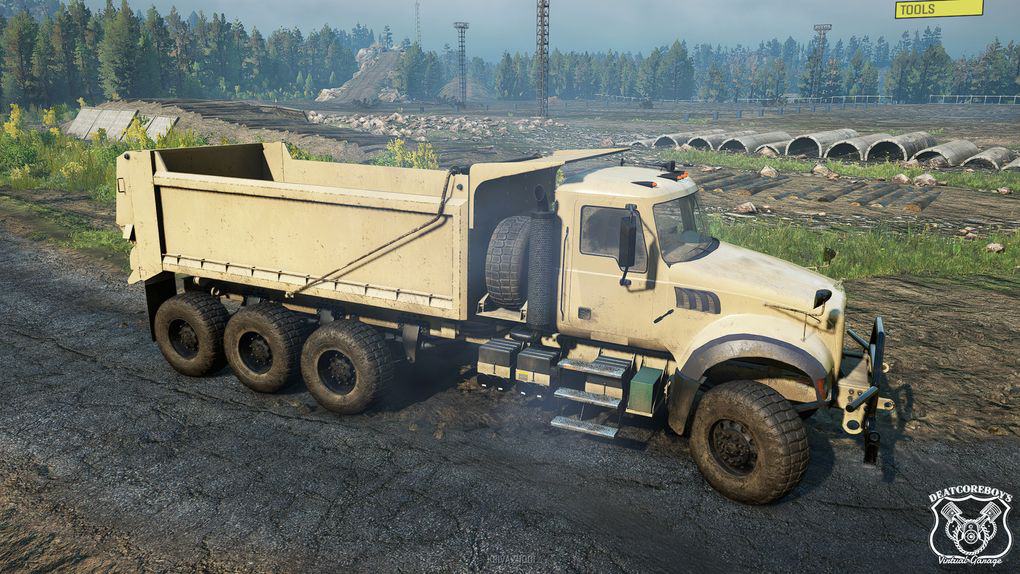 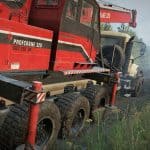 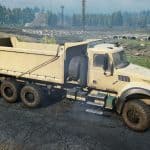 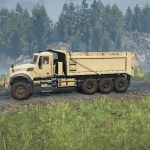 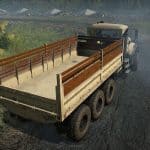 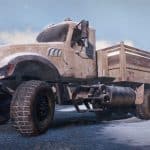 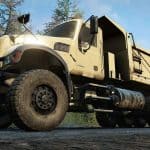 The Mack Defense M917A3 Heavy Dump Truck is a commercially-based Mack Granite dump truck, engineered to be the best-in-class tactical vehicle solution from the only company that can deliver these unparalleled capabilities to the U.S. Army. Mack Defense assembled a world class team with one purpose in mind – to provide the U.S. Army with a best-in-class heavy dump truck that meets all military requirements.

This truck has been created with insane attention to detail. We have worked hard to deliver a true to life visual quality and best in class physics behavior.

A true American workhorse comes to SnowRunner. Its unique addons and design, makes it one of a kind in terms of flexibility and payload. Whether you use it as a heavy hauler or as a utility vehicle, your fleet will definitely grow stronger with it.

**IMPORTANT**
– The straps of some loads are “glitching out the dump body. This is because the in-game loads are too wide. To fix this I’d have to break the truck’s real life proportions which I will not do.”

– This is not a console mod and will not be. Because of how it has been created it is not feasible to modify it to meet consoles limitations.

– This is the same truck that was published before but the following changes were made to update it to the current state of the IRL counterpart as well as some quality improvements.

Additionally, the following changes have been made:
One long awaited change for the Mack Defense mod was the introduction of working mirrors. To achieve this, the truck has been split into two branches with pre-installed mirrors -One with modern mirrors called “Mack Defense M917A3” and another one with classic style mirrors
called “Mack Defense M917A3 – Classic”.-
This was a necessary change as the game does not support working mirrors as addons. Instead, they have to be part of the main truck.
Each truck can be purchased in the Truck Store.

Huge thanks to:
WIIK: For the high poly headlights and all the helpful criticism.
>Forces<: For allways mentoring me and inspiring me in my learning process.
DinsFire: For helping me put my hands in the game and believing in me even before the game was out.
ChamelonHUM: For helping me figure out early hierarchi and exporting stuff.