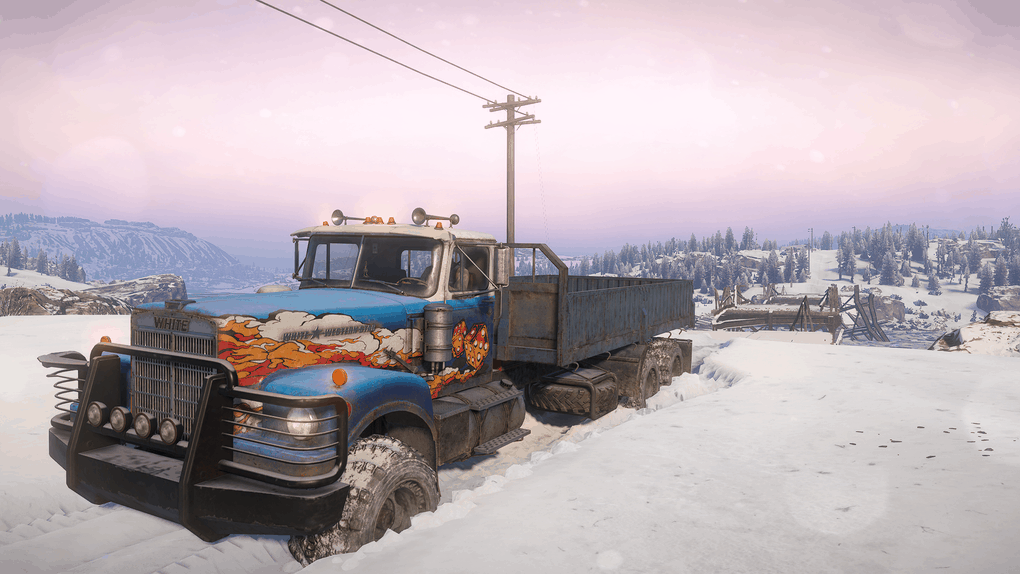 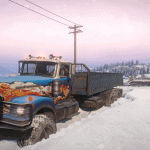 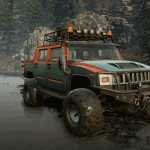 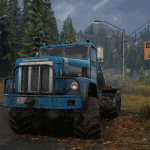 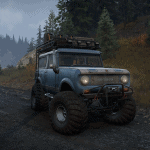 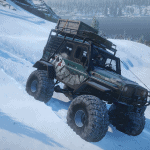 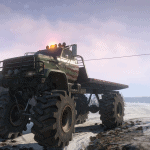 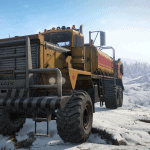 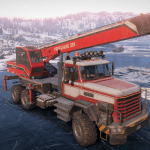 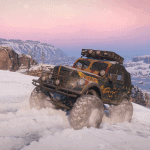 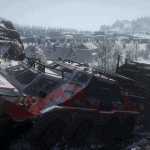 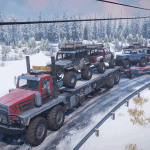 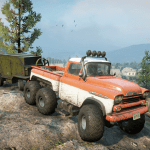 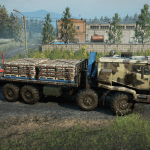 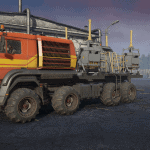 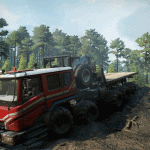 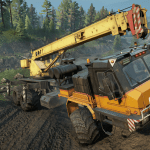 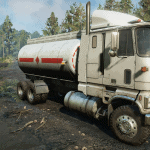 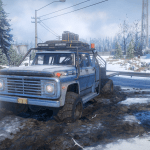 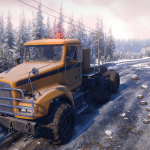 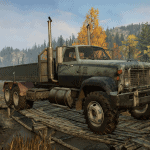 Azov 5319
• All heavy tyres.
• Fuel capacity increased to 250ltrs because 200ltrs was taking the piss a little.
• Light crane and bed adjustment to allow trailers, though can be a little buggy occasionally. I wonder if this is why it has the really odd offset as standard to stop this? Bear in mind the beds are in exactly the same position they are in when the crane isn’t there now…

Azov 64131
• Active suspension lowers it to be marginally less tippy, and when engaged raises it slightly higher than stock.
• All heavy tyres.

Chevrolet Apache
• Modern US scout engines. Because it couldn’t pull the skin from a rice pudding as stock.
• Ability to tow Scout trailers. It bloody should have been there in the first place on paid DLC.
• YAR 87 tyres.

Cheverolet Kodiak C70
• Tuned custom (monster) suspension. It’s tippy as hell, but there has to be a downside to this much silliness.
• 71” CAT 745C tyres for monster mode.
• Big engine option, because monster truck.

Ford CLT9000
• Tuned suspension for heavier loads (I use this as a fuel truck).
• Always on diff lock and selectable AWD. To give this highway truck some chance of being usable.

GMC MH9500
• Active suspension continuing the theme of this truck being a jack of all trades and master of none.

Royal BM17
• Active suspension tuned for heavier loads (I use this as a crane truck).
• More tyre options.

TUZ 420 Tatarin
• Ability to tow trailers. It always annoyed me that I had to winch trailers around for no good reason given it has a tow hitch.
• ‘Studded’ tyres (based on chained, doesn’t show the chains visibly) tyres added because of the ice hills in Imandra.

Fuel Tank
• Increased to 2500ltrs because you never take it out instead of a large maintenance rig when it has more fuel and repair points on top of that.

Installation
* This is a manual installation compatible with v7,8&9 releases of SnowRunner *
Make a backup of SnowRunner//en_us/preload/paks/client/initial.pak

To update the Apache:
Open SnowRunner//en_us/preload/paks/client/initial.pak in WinRAR
Copy the contents of the dlc_1_2/trucks folder from this archive into [media]/_dlc/dlc_1_2/classes/trucks
Close WinRAR